All in this together - but how? 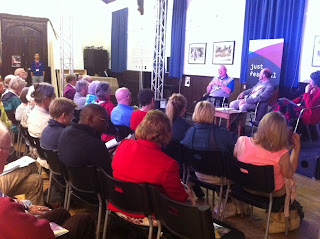 “WHAT do we mean by a good society? What can and do churches or faith groups contribute to the development of such a society?”

Those were the questions that began an ecumenical investigation into perceptions of common good, from which tonight's conversation takes its cue.

"A good society is much more interesting than 'the big society', which was in vogue a few years ago," noted Bishop John Armes in his introduction. "We all think we know what we mean by 'good', but maybe it isn't so clear when you dig a little deeper."

The speakers, the Rev Padraig Gallagher (Church in Wales) and June Fearns (Hamilton, west of Scotland), are practitioners. That is where the discussion needs to start, Bishop Armes declared.

"I'm a supporter, not a leader... a facilitator at St Mary's [Hamilton], where there are so many activities involving a whole range of people," June said. Her background is in education, and her involvement began when an atheist, rather than a believer, in her workplace suggested a childrens and parents' project for vulnerable families, now called Circle.

"I wasn't a regular church-goer at that point," she added. "That was eleven years ago. I've been going every Sunday since. I found a church where when you go there is always a warm welcome... and they are opening the church to other people with no 'payback', no strings attached."

"I asked, 'why are you doing this?' and the answer was 'God's love in action.... We started with one worker working with five vulnerable families in a hall near St Mary's. It has grown from there... You now have to book into the hall."

People with addictions, released women prisoners and family groups living on the edge are among those who have been positively benefitting from the project. Reoffending has been cut dramatically. There is also an estranged parents group, who use a flat as a homely setting to meet children in association with legal services and the court system.

Alcoholics Anonymous now use the church three times a week, and 150 people are involved on a regular basis.

'How did I get involved in Wales? I was appointed by the bishop in the parish in Swansea north east. I became part of a 'community first' area, " said Padraig Gallagher.

The programme itself, he explained, was sparked by an initiative of the Welsh Assembly government tackling deprivation and poverty, and looking at sustainable regeneration - skilling people, empowering them.

Many of those Padraig works with have been out of work for a long time, and basic education and skills are lacking. This is a huge gap, contributing to a cycle of deprivation. The work began with a development trust, which Padraig chairs.

"Our church sits nicely there in the midst of things, I thought... wouldn't it be nice if more people went out into the community... God is out there, and if you go out you might meet God, rather than expecting God just to be in here, in church," he explained. Work with schools is part of what is involved in this, a meeting point for young and old.

"What I'd like to see is a much more equal world where people have opportunity - and the opportunity to take that opportunity... an open door society."  That was June's response to Bishop Armes' question, "what would a good society look like... given that much what we have been talking about so far is a broken society."

She went on to offer some definitions she had looked up herself. "Those with whom one has companionship... a system of human organisation - usually protection, security and identity. A good society is where everyone has self-esteem."

"People I live with", said Padraig, "don't like God... they live chaotic lives. A good society has to start by being non-judgemental, recognising that every person matters, and that we have to work together to make a difference.  Despite people's external differences, there is good there, care and compassion. But it does not always manifest itself in ways we commonly expect."

Those on benefits are accused of being scroungers, "but what about the companies that do not pay a living wage?" asked Padraig. We need a change of attitudes, and within the churches a renewal of faith in the possibility of good.

June spoke of a woman who now says of the community-engaged church, "I like to come". A very simple thing. "If the church is just open for that one woman, it matters.  The church needs to be like an 'eccentric tea-pot'... quirky, odd maybe, but hospitable and of use."

Similarly, Padraig talked about families whose tough lives had been inspired or changed in little but highly significant ways. "When I was in the nuthouse, he was the only one that bothered about me."

The speakers then asked two questions of the audience: "Why are you here?" and "What difference can you make?"

One response was about the need to address the gap between the goodness of some individuals and the overall tendency within the wider social order for this to be lost.

There are many poor who are "rich in other ways", it had been acknowledged. An audience member said that there were also rich people who were poor in other ways - leading Bishop Armes to reference the findings of The Spirit Level on the benefits of a more equal society.

Funding for the work in Swansea and Hamilton respectively was raised. Both June and Padraig said that they received little direct money, but there were resources available through collaboration on projects.

"[Communities] become trapped in themselves, with little chance to connect and share," Padraig observed... It's about creating opportunities for these organisations to work together."

Archbishop Justin Welby's challenging of payday loan companies and advocacy of credit unions as part of the alternative, focussed on the local situation, was welcomed.

CTBI's report A Good Society will be published in the Autumn, and one intention is to place it before the Welsh Assembly Government, the Scottish Government and others. Hearing the voices of individuals and communities is an important part of this process.

People from across the spectrum of cultural and social life have been talked to as part of the project, in seven different places throughout the UK. There is a wide range, though the project does not claim to be comprehensive.

The aim, whether in Swansea, Liverpool, Birmingham, Northern Ireland and elsewhere was to look at different experiences, including those crossing boundaries and building bridges.

"We are not trying to say that any of these places or individuals are representative... it is what we draw out of what they say that matters," a spokeswoman for the CTBI process stressed.

"Part of the church's aim is to demonstrate a different way of relating to what is sometimes practiced in wider society," one respondent said.

"A good society should not be thought of as something that can only be provided by people who do not get paid for it," another reminded us, citing health and educations workers and other professional people who contribute enormously to wellbeing, and intentionally wish to do so.

'Additionality' is something voluntary projects need to think about: what can be added for social benefit.  "Our role is facilitation and support",  June said.

"We cannot and should not offer everything, but we can provide space and encourage caring," an audience member responded.

"When the welfare state was set up it wasn't intended to stop people caring," said Bishop Armes. "But the bad thing is that gaps that are opening.... Churches are now trying to fill those gaps, but this should not be used to justify the gaps."

The question of what deprivation we are able to see and what we cannot see was raised.

"We are spending an awful lot of money addressing poverty," said Padraig. "But surely we could use our resources better?" And how do we address underlying causes of poverty, not just symptoms?

There are problems in our society, but for others who come here it seems to be a good one, someone suggested. But there is  "such a huge gulf" between those with and those without... "two separate societies," another responded.

The Church Action on Poverty and Christian Aid report Walking the Breadline was cited - showing, among other things, that it costs more to be poor, for example in purchasing food, in a less mobile environment with less choice.

A fruit and veg coop has been one response in Swansea, as well as lobbying supermarkets.

Challenging the victimisation of migrants, including the stopping and searching of predominantly non-white people by UKBA, "that is the kind of thing we can do," another audience member suggested. "Because I do not want to live in a society that picks on people who are different...".

This raised the issue of asylum seekers, and more generally of political action to challenge injustices within the social order.

"Are we politically active in the broad sense?' asked June. "I have friends who use [petition and lobbying website] 38 Degrees. How often do we question those standing for election?"

She cited Margaret Mead: "Never doubt that a small group of committed people can change the world - indeed its the only thing that ever has."

To what extent do those of different faiths and backgrounds turn up at conversations like this, it was asked, given that the audience looked older, whiter and more Christian than some felt comfortable with.

"Many from different backgrounds would share the values we have been talking about here," said Bishop Armes. A Muslim member of the audience agreed, but said that the public space for debate was not always as open as we liked to think.

"A good society would be one that is seeking to break down these barriers," noted Padraig.

In other secular groups faith is seen as peripheral, said a participant who spoke of the benefit of cross-community organising and advocacy, as has been developed in London and other places.

And what of the scope for redemption and empathy?  There is a faith language about this, but also an opportunity to engage those of good faith but not particular religious convictions.

"I think a key feature of a good society is openness to one another - not to welcome people into a society that belongs to me, but to question my (our) own perspective," a St John's member said.

"What I've taken out of tonight is not to be quiet," June concluded. For Padraig it was, "I don't have all the answers... but this has got me thinking. We can easily get set in our own local situations. We need to look at the bigger picture and put things into perspective."

"One of the things that makes society less than good is disconnection, through class, race and socio-economic factors. Also part of this is a lack of empathy," concluded Bishop Armes. "A good society involves recovering a sense of connectedness by going out and doing something."

This has been a developing live blog.
Posted by Simon Barrow at 18:21

WHAT JUST IS ABOUT... 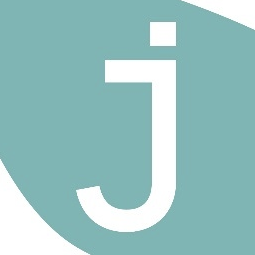 Click through here to see all the strands and events